Being a sports chiropractor I have the opportunity to meet people who are the stars of their sports fairly often. As I have been practicing now for 16+ years, I have seen people develop from "Am" to Pro-Am level, and into the stars they are today. It's always wonderful and exciting to meet someone new who is a "big deal" in the world of sports and this past weekend was no different.

But I'm amazed how the general public treats these people. It's like they are some type of commodity; like they have some right to invade their privacy without permission. I understand being a public figure opens you up to this to a degree, but, where is the line? Where has the general respect we should have for one and another gone?
Over the many years my wife and I have been in practice we have had the opportunity to work with some very very big name people but I promise you that you will never ever see a picture of them on our wall. Movie stars, top athletes from pro sports teams, actors, actresses, musicians, movie producers, huge heads of well known public companies, politicians etc...I could go on. Yet, you would never know it.

Some other patients who've been in the office at the time when these stars have been there know, they smile, they giggle, they are proud to be under the care of the same doctor, but it's not my place to tell or show it off. As a matter of fact, under Federal HIPPA privacy laws, it's illegal for me to do so. But even before those laws, I respected their privacy. That's just how I am. This weekend I had the opportunity to meet the tennis champion Martina Navratilova. She was introduced to me by 2 mutual friends while in Orlando. Martina is as sweet as they come. She was wonderful to have a conversation with and just a "real" person. I had the chance to spend a little time with my friends Joanne & Val to catch up and during this time, people would come over, some politely, others not, and ask Martina for an autograph and a photo. She was gracious with the autographs but she (very) politely asked one particular person not to take a photo (as she was in the middle of eating). And they did anyway. I thought it was totally rude. She couldn't have been nicer to this putz. She graciously gave him her autograph but he wanted more. What an ass!

I have very good friends who are the chiropractors for the NFL, MLB or NBA team in their city. My brother-in-law David is the sports chiropractor for the PGA and has been for years. They don't go bragging. They don't pester people for autographs and pictures. They respect the privacy of these folks and just enjoy the opportunity to have worked with them. My G-d son's father was the chiropractor at the Torino Winter Olympics and he's as humble as they come (extremely excited, yet humble...when he got picked, I heard the scream all the way from Pinecrest to Miami Beach). A real professional and a real role model all of them.

So, if you are a member of the general public or a fellow health care professional, let's all be cool. Stop pestering these people and just enjoy the fact that you spent some time with them. If there is a connection, you'll eventually develop a friendship. After all, having a relationship with someone of this stature is much more valuable than having that cheesy snap-shot anyway.

If you really want a picture of Martina why don't you visit her new web site at: http://www.martinanavratilova.com/

If you want to strive to be a champion, then learn from the champion herself with her new fitness book. And, I'm sure that if you happen to be taking a stroll one day and see Martina and asked her to sign your copy of Shape Your Self, she would do it with a smile.
This is how you get to know someone. Not just a tennis champion, but anyone. If you are into creating valuable relationships in your life and enhancing the lives of those around you; try getting involved and giving first. Rather than creating a negative situation and being just another "taker" in life.
So, go ahead and take that cheesy snap shot. That's all you'll ever have. I on the other hand, had a nice conversation with Martina and her partner and found out what nice-wonderful people they are. I'll have that memory forever. You, whoever you are, have your cheesy 1.3 mega-pixel cellphone snapshot which you'll have until you drop your phone in the toilet the next time you tinkle...Whoops.
Ethics & Professionalism always matter.
'nuff said.
DocT
Dr. Narson is a 2-term past president of the Florida Chiropractic Association’s Council on Sports Injuries, Physical Fitness & Rehabilitation and was honored as the recipient of the coveted Chiropractic Sports Physician of the Year Award in 1999-2000. He practices in Miami Beach, Florida at the Miami Beach Family & Sports Chiropractic Center; A Facility for Natural Sports Medicine.
Posted by Dr. Todd Narson at 7:44 AM 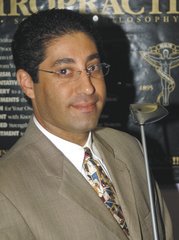 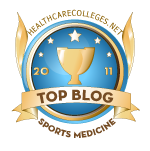